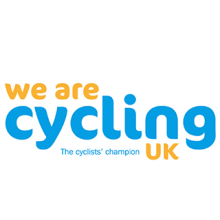 Cycling UK, the national cycling charity, has expressed its concerns about a survey of drivers conducted by FairFuel UK for The Daily Mail, about attitudes to cyclists.

The poll of more than 10,000 motorists, published in the Daily Mail today (December 30), suggests that 73 per cent of respondents believe cyclists should be subject to similar legal requirements as motorists.

Roger Geffen, Cycling UK’s Policy Director, said: “If we want grandparents and grandchildren alike to be able to cycle safely and normally for day-to-day journeys, it makes no sense to impose unnecessary new rules and costs on would-be cyclists, particularly children.

“The top priority must be to create safe, cycle-friendly streets and junctions, while strengthening the enforcement of our existing traffic rules, rather than adding new ones.”

The results of the FairFuel UK survey are in stark contrast to Sustrans’ scientific Bike Life poll which showed high levels of public support among UK city dwellers for significantly increased investment in cycling infrastructure.

“Cyclists can already be prosecuted for dangerous or careless cycling.  However, the other proposals in the FairFuel UK survey would be very costly to implement, would provide few if any benefits and would seriously undermine efforts to attract new people to take up cycling, including children and their parents,” said Mr Geffen.

Although a prosecution for causing death by dangerous or careless cycling is not currently possible, the government is now considering these possibilities in the aftermath of the Charlie Alliston case.

Mr Geffen said: “Cycling UK has no objection to the introduction of these offences if carried out as part of the comprehensive review of road traffic offences and penalties, as initially promised by the government in 2014.

“However, to introduce these changes in isolation would be a wholly inappropriate misuse of parliamentary time, as it would only be used once in about five years, while ignoring the massive hurt inflicted by the legal system on thousands of seriously injured or bereaved victims of both pedestrian and cyclist injuries every year.”

Cycling UK also has concerns about enforcing tighter regulation of cyclists. Outside London, the charity found roads police officer numbers fell by 48 per cent between 2004/5 and 2015/16, even though total police force numbers fell by just 12 per cent over this period.

Rather than tighter regulation for cyclists, Cycling UK is calling for:

Mr Geffen added: “Whilst Cycling UK has no objection to the possible introduction of new cycling offences, these changes would do far more to ensure justice in the wake of road traffic crimes that can cause death or serious injury.

“Meanwhile the single most effective measure for preventing those crimes from occurring in the first place would be to reverse the cuts to roads policing that have occurred over the past decade or so.”

The government has considered the possibilities of compulsory licensing, registration and insurance for cyclists or pedal cycles, and has concluded that none of these options would deliver benefits that would justify the significant costs involved.